Onguma Media is our very own in-house production crew focusing on bringing our viewers and followers carefully created behind the scenes footage from within the Onguma Nature Reserve. Our commitment is to generate high quality docu-series style content by producing 10 episode series made up of purpose-filled & passion-driven episodes covering the daily happenings of a private nature reserve bordering the Etosha National Park in Namibia.

"A Day In The Life Of The Onguma Reserve"

Each 20-30min episode features an authentic glimpse into the lives of 15 characters, all working in different departments with different roles, pulling out all the stops & keeping the wheels rolling.

Todays episode we follow our guides as they assist with conservation projects around the Reserve.

Yona takes us through the devastation of our last Rhino poaching incident and explains why our APU team have to be extra vigilant during a Full Moon – also known as the ‘Poachers Moon’!

Welcome to Episode 3 "An Ordinary Morning"

In this epsiode we introduce you to our head chef Marius. We head out to join the APU on a morning patrol in search of a Rhino cow and Head Guide Manu takes clients out on an Onguma Bush Walk! We prepare the amazing dream cruiser for some very lucky clients & Yona and his team set out on a desnaring missions around the Camp Kala Build Site…

Welcome to Episode 4 of “Golden Hours"

Join us in our 4th episode as our guides take part in a Snake Handling refresher course, Yona takes us through his meditation routine and we experience the beauty and unfortunate hardship that follow our Golden Hours…

In this episode we catch up with Scarface and his offspring. Yona takes us along during RTR drill day with the APU, Pieter showcases one of our recent sustainability projects and our Onguma managers head off on their end of year team building weekend.

Welcome to Episode 6 "The Place You Never Want To Leave"

Join us for the season finale of “A Day In The Life Of The Onguma Reserve”. The grand opening for Camp Kala is finally here! We touch base with our managers who are out on their Team Building getaway and join Cola with a Vulture Ringing project. Most of all we discuss what it’s like to be part of the Onguma team & why it truly is a place you never want to leave.

We now have our very own Media department on the Onguma Nature Reserve! This is a dream come true, and probably a first for a private nature reserve bordering the famous Etosha National Park in the north west of Namibia.

It is quite a hectic schedule and production to keep such a team operational and to ensure we capture all that encompasses Onguma. There were various strategies at play when we initially started with the idea – but we finally decided to use this opportunity to showcase the complexities of what makes Onguma the trusted brand that it is today. We captured ALL. From the Maintenance crew, the Chef’s, to the individual Camp Managers, our APU team and everything in between.

Our little production team was met with wariness at first, and a lot of our team members weren’t comfortable being portrayed on camera, but once we explained what our bigger picture entailed, everyone quickly shared our enthusiasm & joined the wave. Very soon, whenever the Media Team arrived at a scene, everyone was camera ready & excited to share their stories.

Social media and the power of YouTube has grown at a tremendous rate over the past decade. We are also part of this growth and we feel that the world should know more about our brand. Onguma has always strived for authenticity and transparency across all our departments and this is a way for us to showcase our true selves.

The ultimate goal is to generate high quality docu-series style content by producing a 10-episode series made up of purpose-filled and passion driven episodes covering the daily happenings of a private nature reserve bordering the Etosha National Park in North West Namibia.

We finally have our very own in house Media Team! What a dream come true! Follow our media channels for all our latest projects & updates.

We are excited to announce our latest project. A 10 episode docu-series showcasing the daily happenings of a reserve bordering the Etosha National Park, Namibia. 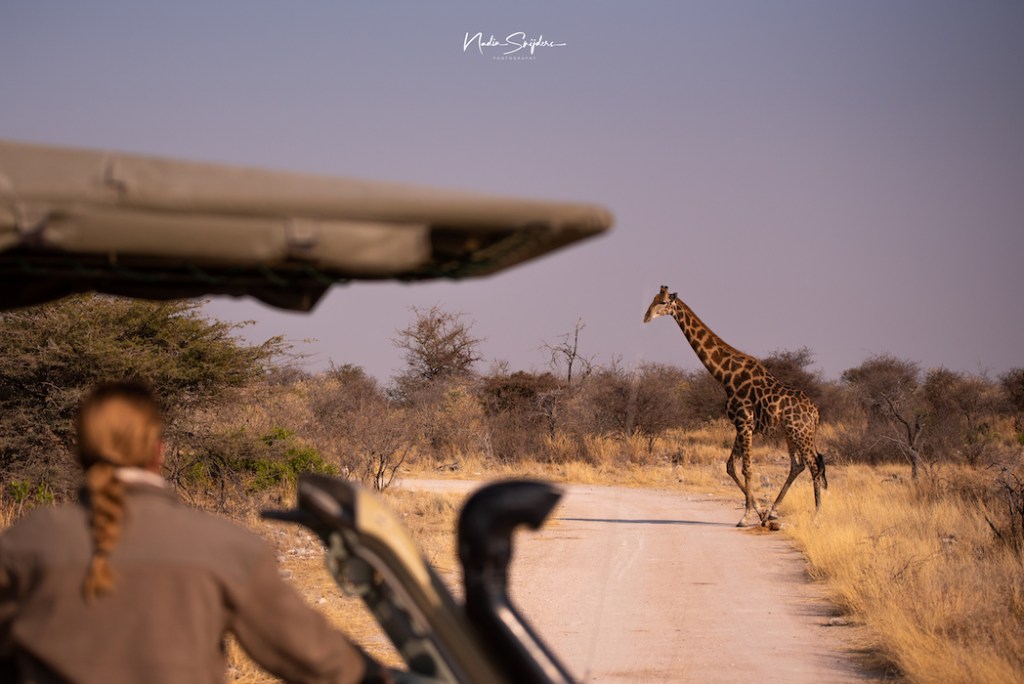 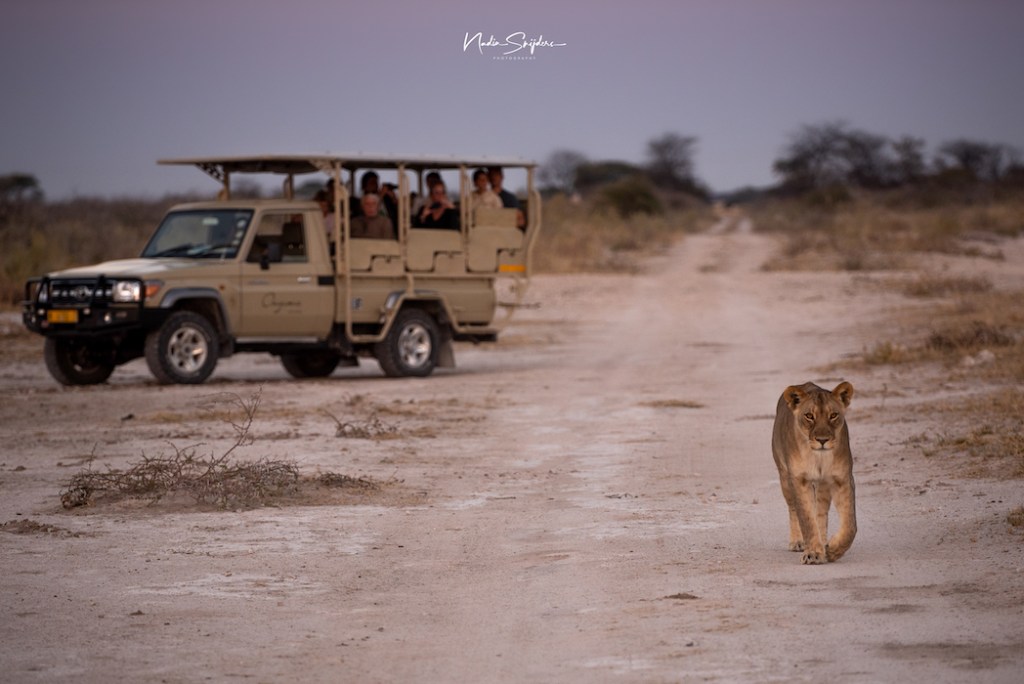 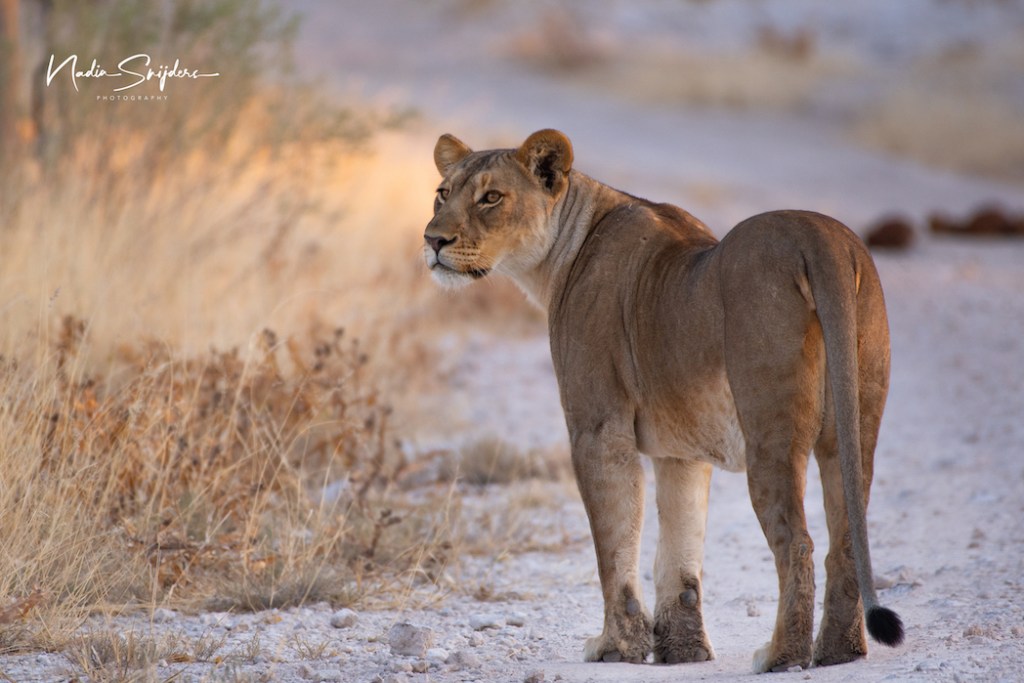 Onguma Nature Reserve covers 37 000 hectares of private wilderness situated on the eastern border of Etosha National Park. As well as being a popular safari lodge, the Onguma Nature Reserve provides a unique sanctuary for wildlife populations, including the critically endangered Black Rhino.

In 1993 black rhino numbers dropped by a staggering 96%, leaving researchers to estimate only 2,400 individuals were left in the wild. Namibia’s Ministry of Environment and Tourism decided to take matters into their own hands and set up the ambitious Black Rhino Custodianship Programme to bring the world’s black rhino populations back from the brink.

Since then, all black rhino in Namibia are state owned; the concept of Namibia’s Black Rhino Custodianship Program is that breeding populations of black rhino are relocated to suitable habitat where the landholders are willing and able to undertake the responsibility of providing care and security to them. Onguma Game Reserve is very proud to have been chosen to be one of these custodians and we take our duty to the rhino and other wildlife very seriously.

Sadly, during the last two years, we have seen a huge increase in the sophistication of the methods used to poach rhino. We are up against highly organized and sophisticated criminal networks and have therefore reacted with radical counter poaching initiatives to combat the poaching crisis. As a result, we now have a well-trained, fully equipped Anti-Poaching Unit patrolling day and night, 365 days a year, but we need your help to stay a step ahead of the poachers and protect our vulnerable black rhino from extinction.

How You Can Help

Should you wish to SUPPORT our APU team, follow the link below to our Patreon Channel to join our membership program.

Please consider Subscribing to our YouTube channel and help grow our platform.

Follow our Social Media channels and help us increase our reach by sharing our work far & wide.